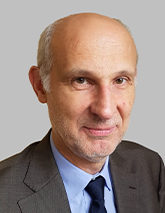 He builds on over 25 years of international energy business management experience. Alain led major M&A projects in E&P in Africa, the Caspian Sea, Asia, Australia and Europe for ENGIE.

Alain graduated from IFP (French Petroleum Institute) in Economics and Management after having studied Mechanical Engineering at ENSEM (Nancy, France) and at Bath University (England). He speaks French, English, Russian and Slovak.

Romeo Meyer is responsible for origination, structuring and execution of investments in the alternative fuels sector. He oversees midstream and downstream gas and LNG, including LNGistics.

Prior to Kouros, Romeo held several executive positions within Gaz de France and ENGIE. As Lead Key Account Manager, he was responsible for business development for industrial customers, and developed innovative sustainable energy supply solutions and partnerships. He also served as a negotiator of long-term natural gas contracts with GAZPROM and led natural gas and LNG origination activities.

Romeo holds two Masters of Engineering from the French Ecole Centrale de Nantes and from the Swedish Royal Institute of Technology (KTH) in Stockholm. He speaks French, English, German, Swedish and Russian. 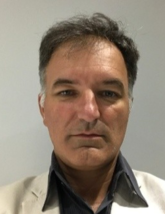 Arthur Barret is the founder and the Managing Director of Marinnov since 2006. Marinnov performs innovative energy transition projects for the maritime industry.

Until 2016, Arthur was Program Director in GTT in charge of developing LNG bunkering and of the design of LNG fuelled ships.

Prior to GTT, Arthur worked as Proposal Manager for conversion and newbuildings in Saipem Floaters Division conducting FPSO and FLNG EPC bids.

He started his career as a naval architect in the Design Office of Le Havre Shipyard (France) and as Project Manager in the Newbuilding Department of Shipping Companies. He gained experience in conversion and newbuildings in a wide spectrum of shipping and offshore sectors.

Arthur graduated from Ecole Centrale de Nantes in 1993 and served in French Military Navy as a cadet officer. 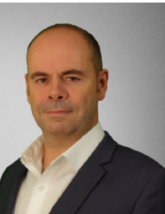 David Rapidel is leading O5 Marine since 2016. O5 Marine is a ship management and crew management company dedicated to specialized markets such as seismic acquisition.

David started his career in the Expéditions Paul-Émile Victor sailing across the southern seas and he served onboard a French war ship around the world for one year.

David holds a degree in Industrial Systems complemented by a Marine Engineering Degree. He also graduated from INSEAD in GMP (General Management Program).